So I am working through my backlog of blogs I still have to write, and I should tell you about my flight from Xiamen to Taipei! My flight was leaving at 17:10 but I had to check out of my hotel at 12:00. As I didn’t want to waste time, I asked if they could store my luggage while I went to get some lunch, to then pick them up after. I asked if they could call a taxi, but one of their security guards also had an on-call driving service. So we called him, and he picked me up to drive me to the airport for 40 RMB. If you’d get a normal taxi the cost is similar, but there’s a chance that these taxi drivers deny you. We agreed on the price and paid before we departed. In about 20 minutes he dropped me off at the airport. So now it’s 12:45 and I am already here. Check-in didn’t start untill 15:10, which ment I had to kill the time.

For the first hour I sat down and finally finished Asimov’s Foundation. It’s a great book of fiction albeit a little dated, but I love reading it. Time creeped on and my butt was hurting from sitting on the stone ledge. It doesn’t come as a suprise that most chairs were occupied by the Chinese, so I had to adapt. Eventually I settled on a chair next to a guy from Malaysia who kept offering to share his food. It passed time quickly while talking with him and eventually it was 14:50 and about time to get in line. There I met a guy from Mexico, Elesier, who was in China and Taiwan for business as a company representative. We got to chat and spent the two hours after checking in while waiting for our plane. Great times and we’re keeping in touch.

As you can imagine with my height, I have to get an extra large seat with my ticket in order to properly fit into the plane. Normally this results in me taking the emergency exit seat, even if I have to pay additional fees. Colour me suprised when I arrive at this desk and the girl working there politely tells me that I have the emergency seat at the window. Wooo! So when we finally get into the plane, I see that my new buddy is on a different row and settle down. Few minutes later a tall Chinese guy plunks his butt down in the chair next to me, and eventually we’re chatting during the flight. Turns out he’s 1.90m tall. Damn, suddenly I feel less tall than I did in China.

But at least now it’s really a flight of giants. I guess that counts? 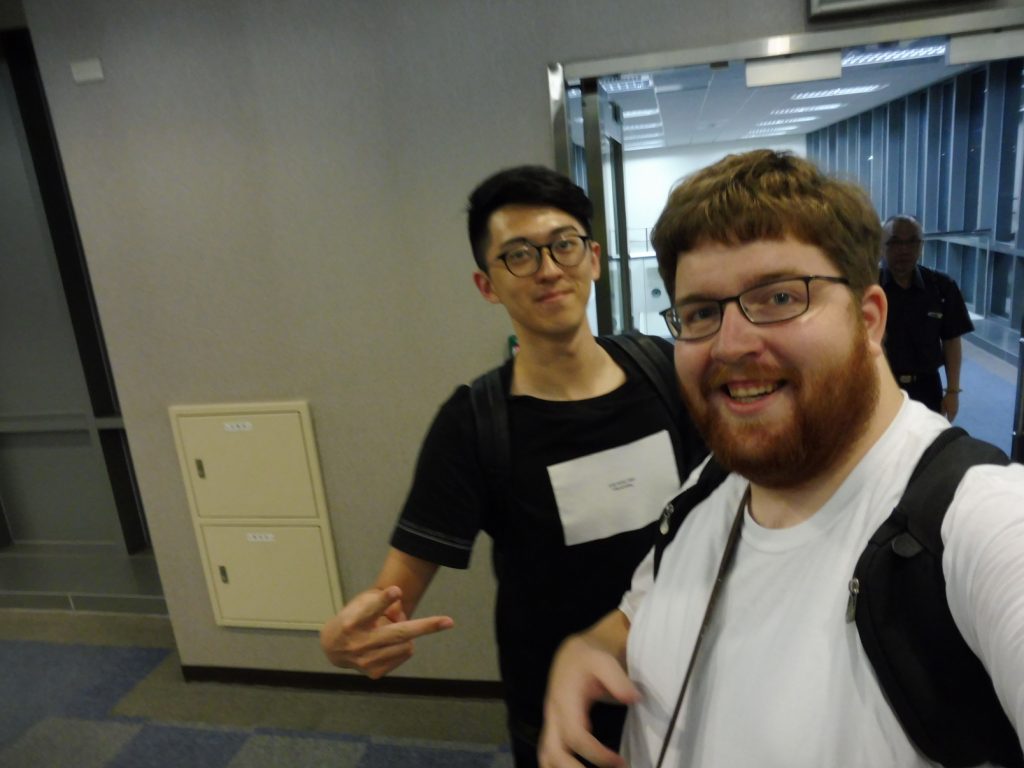